The debt we owe

Well done Ireland. Beautiful, clever, uncompromising Ireland. Many of us were with you. Vicariously pitting ourselves against something big and black. Yours was the improbable reach, the formidable feat; rugby’s Everest. This was one of the world’s most enjoyable wins, borne as it was out of stubbornness. But one that, once the dust has settled, and you’d spooled through all the reasons why, and marvelled at the personnel involved, left an interesting thought. What a debt we owe to that island nation of New Zealand.

I haven’t seen Ireland play as well before. It was a victory that reached inside your body and massaged your soul. It was nourishing, empowering, to watch a group of individuals work so hard for one another; it gave you hope. It sounds ridiculous, and maybe in the current climes of selfishness and self importance it is more conspicuous, but how utterly compelling was Ireland’s willingness to plug the gap, to put bodies so uncompromisingly on the line. Something very special makes you do that. Only the best and most incredible of foes conjures up that sort of response. Again, what a debt we owe.

In a feast of rugby across the weekend, I found myself savouring three particular rugby performances. I was at Franklin’s Gardens to watch a Northampton Saints side make a delightful account of themselves against Wasps. Again, endued with an endeavour and togetherness which somehow coloured the whole weekend, they moved and thought as one. Tries were well executed, quickly leapt upon, but in defence they flooded the whole field. Wasps, who themselves had plenty of firepower, were forced down cul-de-sac after cul-de-sac. Northampton moved up the field, often without the ball; marauding, smothering, shutting things down. A young side too. A handful, barely out of school, given a chance off the back of a fruitful cup campaign: Moon, Dingwall, Grayson, Furbank, Sleightholme were all given top table opportunity by a wily old coach, a man they are beginning to know and trust and admire; Boyd of Wellington, of the North Island, of New Zealand. What a debt we owe. 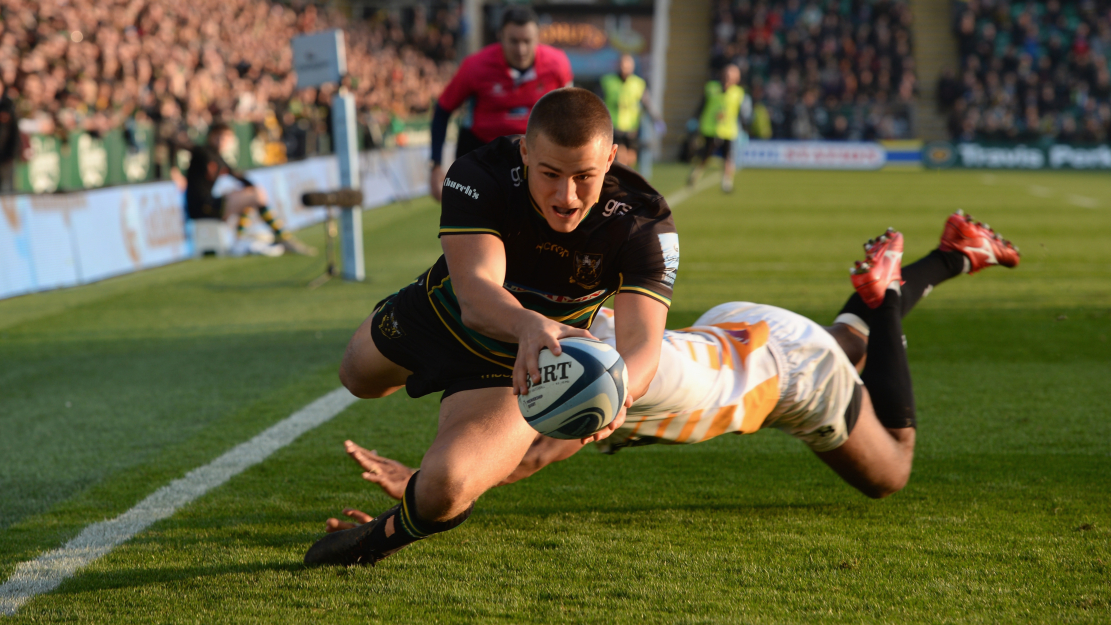 At Twickenham, Japan fizzed in a game of gut busting alacrity. The ball was rarely out of options, especially in that first half; all men attended to each other, they offloaded and recycled with speed and purpose. They seemed possessed with a culture that didn’t need temple or prayer; it was hard work and industry that would upset the hosts: toiling as one was the way to play at the home of rugby. England were eventually victorious but this was a bold alarum to all those underestimating Cherry and White ‘second tier’ opposition. Led and managed by a man who knows what it means to ‘be’ the mountain. Joseph of Otago, of the South Island, of New Zealand. What a debt we owe.

And should there be need for further proof: in the post match furore that engulfed the Aviva Stadium in Dublin, the voice that spoke so calmly of Ireland’s victory, of the pride, of the work ethic, of the togetherness of those in emerald green was one with a lilt that belied a faraway land. To beat a foe, you must know a foe. To beat them well, you must beat them at their own game. Schmidt of Kawakawa, of the Bay of Plenty, of New Zealand. What a debt we owe.

And here’s the greatest thing: this mountain that was scaled, this highest peak, this Everest upon which Ireland placed its flag, will grow. It will return from whence it has come and augment. It is perhaps worrying to think, as we bask in a team’s accomplishment, telling each other how impressed we should be, that that achievement is already old hat. Such is the role they play in this game of ours, New Zealand’s mountain will only get bigger. The next time someone of fitting stature attempts the climb, the ascent will have changed. Those pathways picked by Ireland on Saturday will have been replaced by overhangs and precipices impossible to pass. The need will then be for superior climbers, those able to find a new route, to scale even higher, further into the rarefied air. That is what I know to be true: New Zealand’s gift to the world of rugby is not just the players, the coaches, the culture, the setting of a standard. It is that they make us better. All of us.