Babchenko. Soon to be a verb. As in, he’s babchenkoed himself on the end of that move. Meaning: assumed gone, only to appear alive and well to the surprise of everyone. If a commentator doesn’t describe a player babchenko-ing themselves at the back post at the World Cup in Russia, I’ll be disappointed.

Faking your own death. Boys’ own stuff. Unless you’re a fifty-eight year old international rugby coach watching your adopted nation concede a record amount of points against a side who, less than three days previous, were dressed up as half of Motown and drinking yards, nay, furlongs of ale. Eddie Jones’ expression during that BaaBaa going-over was part simmering fury, part contemplation of how he’d get himself out of this.

Of course, his predecessor babchenkoed. Slipped his head inside the noose, and then reappeared on the other side of the Irish channel, smiling amongst the silverware. Clever sod. Such was the public execution, many assumed Lancaster dead. How could he coach again after such a downfall? He could. He did. You see, maybe it’s not the man, but the job.

Look at Sir Clive. A knight of the realm who is yet to fully recover from cracking the code in 2003. Fifteen years since his golden finger was tapping players on the shoulder, and still of an age where he should be contributing more effectively to a game than pitch-side platitudes and agenda ridden newspaper columns, he sits redundant and rancorous. Shame on you CW. 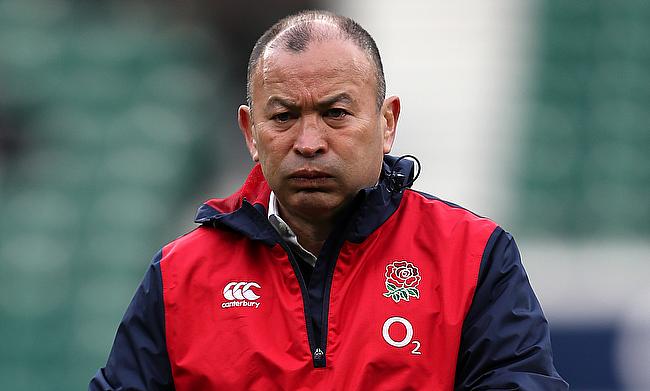 It’s difficult. Eddie’s current undertaking is the reinvention of England. Again. Having brought the fresh beliefs, the reinvigorating winds that lifted them clear of the 2015 mire, he has to do it again. The benefit previously was that his was the new voice; sniping and snarking, chasing those old messages out of town. And how it worked. His was the brave new world, the place to be; the colours were sharp, the noises vibrant; the players bounced to a new beat. Ahead of a seemingly pivotal three test series in South Africa, things have changed. Following a lacklustre Six Nations where England looked limp and vapid, the environment has now dulled to the extent that Woodward has had to come out and blame fun itself. How hungry do you have to be to turn on those enjoying their food?

The rarefied air of the Highveld will sit uneasy in English lungs. The South Africans treat their sport most seriously. And yet, it is here where England have to rediscover their playfulness. They have to re-find their fun. At the moment, playing for England is ‘hard and horrible’. So, here is the real issue that needs addressing: the Barbarians’ defeat was everything and nothing. Of course, the game is easy when you play like you don’t care. So, how do you not care about something as important as test match rugby? It is the opus of sporting oxymoron. The sweetest of spots. Difficult to find on a tour but maybe being away from home will create such an opportunity.

Last Sunday at Twickenham needs to be recognised for what it was: a fatality. Public, barbaric, and right in front of their nearest and dearest. But sometimes that needs to happen. Sometimes you find yourself in such a bind that the only option is to declare yourself dead. Because your demise will take other things with it.

Jones is a renaissance specialist. The only difference now is the predecessor is himself; the ideas which he has to work against, are his own. That flight South takes on metaphorical meaning: England and Eddie need to land in Johannesburg a new man. A happy, unburdened, freer man. Like Babchenko at that press conference.

Audacious? Certainly. Necessary? I think so.

1 Response to Babchenko-ing and the Boks