I was at the Rugby Writers’ Awards a couple of weeks ago. Dan Carter picked up the top prize. Unable to be in the room, he spoke via recorded video message. He had already done some joint hosting with Alastair Eykyn via the big screen and had introduced some of the unsung hero tankard winners. He’d done it with charm and good humour, further enhancing the feeling in the room that here was the man of 2015.

Then came the handing over of the trophy. Voted for by the gathered English rugby press, there are some serious names preceding Dan’s on the coveted Pat Marshall memorial award; Lomu, Campese, Edwards. The VT rolled and we had a rather long film that consisted of Carter himself talking about what the year and the prize meant to him. He needed to say his bit but as we ticked through many minutes of montages and memories, you could sense that everyone thought this might have been a bit much. Underneath his words, a sentimental soundtrack lulled us into the unmistakable feeling that this was all some sort of eulogy. Such were Dan’s poignant words and the building emotional music, you had the overriding feeling that any moment the screen would go black, and a hushed voice over would inform us that, a few weeks after filming, our hero had lost his battle with the disease. It was all a little weird. 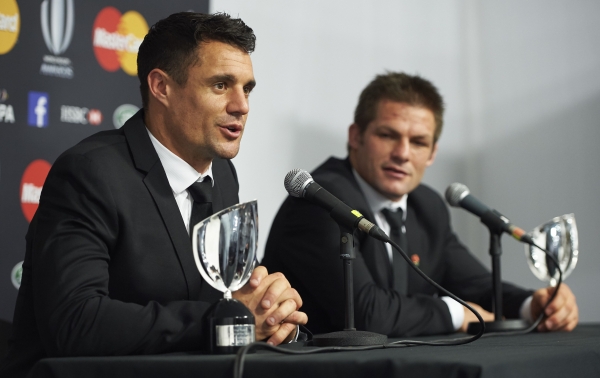 There is quite a fuss in France about Carter; understandably so. Regarded by many to be the best player in the best team in the world, his swashbuckling good looks and humble presence off the field have won him many an admirer. Having been a crucial part of New Zealand’s victory at RWC 2015, his move to Top 14’s Racing 92 has delivered. The Paris outfit look a wholly better side with his hand on the tiller. France and its capital has taken a big bite on Carter’s love apple.Having retired from international rugby, he has been handed awards left, right and centre. The accolades are pouring in. Beautiful people are getting in touch. Dangerous times perhaps.

I don’t follow Dan Carter on facebook. Plenty of people do, so, therefore, you may be aware of some of the flack flying his way. Carter this week posted pictures from the Louis Vuitton Fashion week. Carter is sponsored by the label. He stood for photos alongside Lewis Hamilton, Sidney Toledano (below, French fashion royalty) and then on his own, in a lovely Louis Vuitton sheepskin-collared leather jacket. He looked lovely. Dan is enjoying himself. Read his book; he likes fashion and its history; a move to Paris rather than say Toulon or Leicester was perhaps always favourable. And why shouldn’t he? This is a man who has been there and got the Christian Dior t-shirt.

His pictures and video from LV’s Fashion Week coincide with him not making a trip to Kilmarnock with Racing 92 to play Glasgow Warriors in the European Champions Cup. Racing are through to the quarter-finals and it would appear he is being rested. Cue a lot of disappointed fans. Glaswegian parents citing thirteen and fourteen year old offspring, poised with sharpies, crestfallen and heartbroken that DC isn’t coming. And then they see what he ‘chose’ to do instead. A video of Dior catwalk models adorns his Facebook page. “What has happened to you Dan?” asks one fan.

Carter also claims that LV fashion week was a big step up from NZ Fashion week. Of course it is, but such comments will only rile his patriotic countrymen looking for reasons to be incensed that their beloved first five-eighth isn’t spinning passes and making tackles. Surely some slightly better phrasing could have been considered? After all, I’m guessing a large percentage of the people tuning in to the Dan Carter Facebook page are there because of his All Black exploits. I can’t imagine that many have compared the haute couture offerings of any two countries. 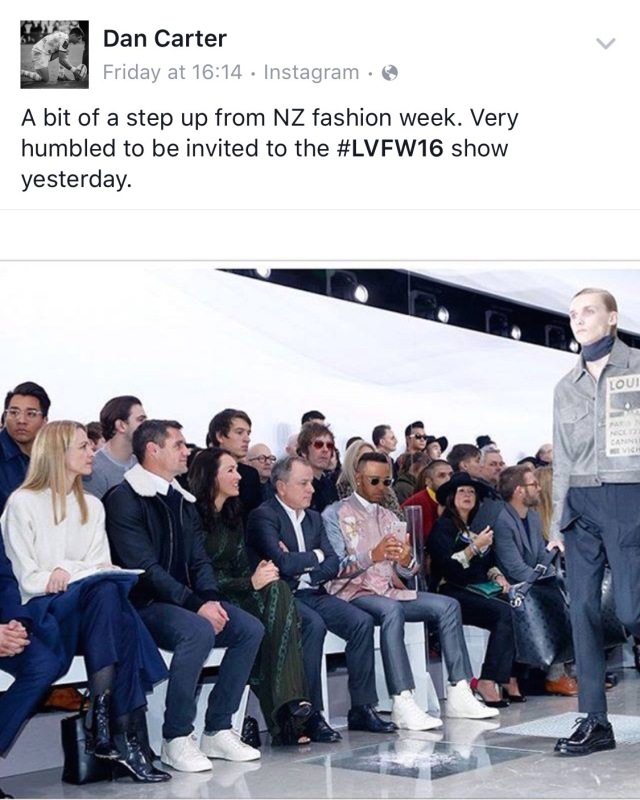 It’s a tricky one, isn’t it? After all, he’s not doing anything illegal. Far from it, he’s just cashing in on a career well spent. But, for all his rugby poetry and goal kicking gloriousness, there is only so much standing around next to badly dressed F1 drivers people can take. The problem is, it all seems a little self centric. The pictures reek of wealth and the trappings therein. ‘Here’s me enjoying my fame and fortune,’ each one seems to say. Which in turn allows people to ask ‘We thought you were one of us Dan?’ The latest vogue and high society is a long way from the game of rugby that takes in all comers and cares not how you dress. Rugby players can dabble in fashion but we’d really like them in wax jackets, stood next to labradors. By standing in Louis Vuitton, amongst diamond encrusted racing drivers, Dan Carter isn’t being very rugby.

Sonny Bill Williams, Carter’s All Blacks teammate, has been working for UNICEF. Using his social media outlets to promote the poverty and destitution of children around the world. Williams himself got in trouble for posting some harrowing photos of dead children to highlight the situation. Ill-chosen images but he is forgiven because this is a man using his fame for altruistic purposes. And this is what Carter’s pictures lack.

Maybe we were always destined here. Is this is where professional rugby has been heading? The first million-pound-a-year loose forward can’t be too many seasons away. Professionalism has brought many good things but money can and does divide any union. The sport’s appeal is driving up wages and in turn, players are finding new ways to spend their pay. We rugby fans should get ready. Carter is just a front runner. It won’t be long until our favourite prop forward is bedecked in Gucci, smelling of Chanel and tottering along in the latest Jimmy Choos. God help us. 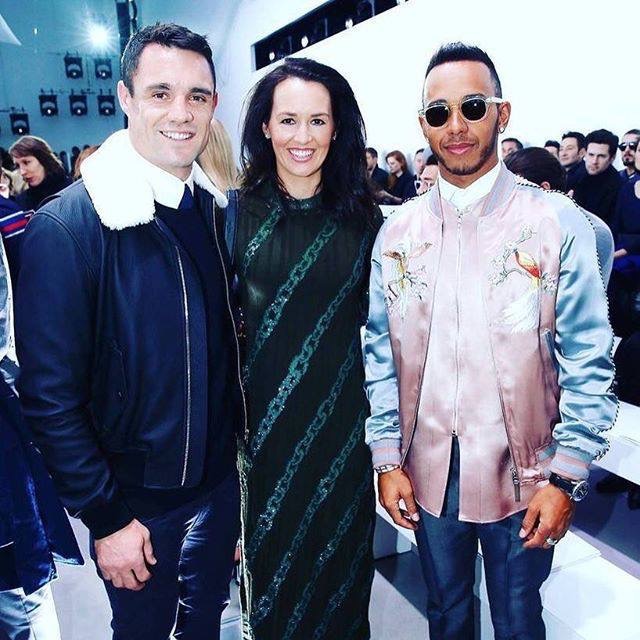 1 Response to Get Carter