Three men and a boat

So, Dylan Hartley, despite a poor disciplinary record, despite not being able to hold down a starting position in his own club side, despite many other (more aligned) options being available, has been given the England captain’s armband. It is, at the very least, an unusual piece of navigation.

Hartley’s circuitous sporting voyage is complete. He has marooned himself on many an occasion; Premiership Finals, Lions tours, home World Cups. Yet, here is the man we should salute. He has bitten, headbutted, gouged and told referees to go forth and multiply. The reasons not to make him captain polarise Eddie Jones’ decision into two distinct camps; stupid or genius. He’s playing his first real hand and yet, Eddie is betting the house.

Ian Ritchie, the RFU CEO and Jones’ boss, worked hard to distance himself from the process. That’s what big bets do. ‘It’s not my money, he can do what he likes.’ Not that Ritchie is alien to distancing himself from men he’s appointed. He’s pushed other sailors off the jetty.

“This is a call for Eddie and the coaching team,” Ritchie said, “And there is nothing that would make you say: no don’t go down this route… If Eddie thinks Dylan first of all gets a place in the team, and secondly is the right captain, and he thinks that is the best thing to get a winning team, you put it into that perspective.”

What if Eddie felt Steffan Armitage would be the best captain? Actually, never mind. That tide is not for turning.

The curious thing here is that Dylan Hartley is a very good captain. Having spoken to players who have played with him, they are unanimous in their praise. He is a leader. A stick your chin out, let’s be having you, I’m in charge, leader. In some ways, this isn’t really a decision. The players will love Dylan as their skipper. He will fire them up. 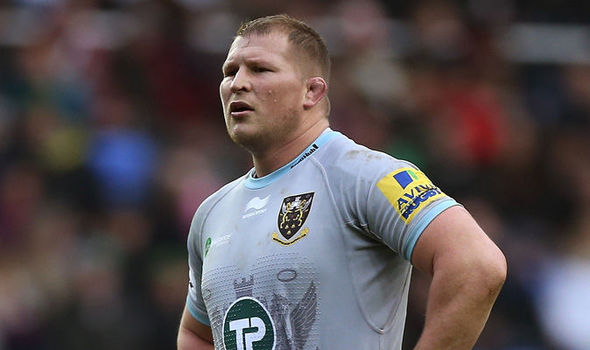 The problems come about because of that fire. It burns deep inside Hartley. He struggles, at times, to contain it. And that is what you need as a captain. A clear head. In big games, when the sea is at its stormiest, you can’t be losing your bearings. This year’s Six Nations will be tempestuous. Look at every team (except Italy); you can make a case for them being victors. And the pressure is on England; a new coach, a new tenure, a new wave of positivity rippling through a ship that is running out of excuses as to why it doesn’t sail as well as it should. England have more money and more players at their disposal than most other countries in the world.

The media interest is growing. And Eddie Jones splashing about in front of packed press rooms only serves to make them hungrier. The sharks are circling. Every drop of blood spilt will be smelled a mile off. Folklore suggests the British media love a failure. But a cocksure capsizing Australian would be a feeding frenzy. Are you telling me these aren’t shark infested waters for Jones? And this afternoon, in making Hartley his captain, Eddie is saying he’s not afraid to go back in the water.

Oh England, do you have a big enough boat?