Greg and his Gold Medals

Is there anything better than proving your critics wrong? To those who have maligned your previous performances, you can raise your cup and sup on the sweetest of successes. Tricky, I should think, to keep it all in. How easy it must be to march up to those detractors, all wide eyed and lary, frothing at the mouth, dignity tossed aside but one large middle finger extended.

Greg Rutherford completed a rare athletics Grand Slam in Beijing earlier today. To follow his Olympic Super Saturday gold and European and Commonwealth titles, the Briton jumped furthest again to be proclaimed World Champion. In interview he immediately looked to answer his critics. Such was the pain he has had to hold on to, with those around him saying that his achievements were no more than lucky coincidence or fluke, he turned all steely-eyed and pointy.

The flak he has had to take is ridiculous. His sport is about jumping the furthest on a particular day. The event is not a year long competition with limitless goes. You turn up on the day and you attempt to recreate all the technical moving parts of a long jump on demand. The event is not just about speed but fragmentary precision. It’s not just about technique but harnessing raw power into a perfect balancing act. There about a dozen dials to adjust in about one and half seconds. Imagine that for a moment. Adjusting twelve minute hands on twelve clocks in the time it takes you to say your full name. No wonder they rock back and forth on the runway.

I know this about the sport because I was lucky enough to spend a bit of time with Greg before 2012. Prior to the Olympics he was a hope, a Commonwealth silver medalist praying the Olympics would be his springboard. We did about three or four events together, trying to raise money and awareness for his campaign. We would do an after dinner act that included me interviewing him about his sport. We measured out 8.95m across the floor and talked about how he planned on leaping that far. It played out in front of enrapt audiences; we made it intrinsic, literally talking about every step of the jump. People lapped up the way Greg talked so compellingly about his discipline. Because, you see, Greg Rutherford is a class act. 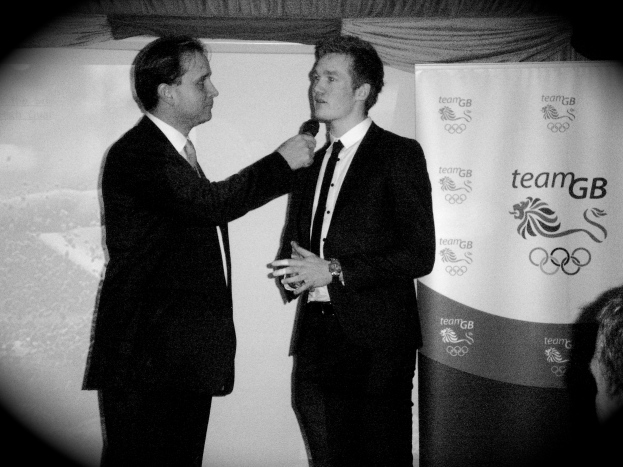 On one occasion I took him into a school. In the July of 2012, just weeks before the Saturday evening which changed his life. It was supposed to be a small thing. The school was doing an Olympics day and the whole place was delving into the history of the games and celebrating that most feted of competitions. Greg was due to be the special guest, just there for the final assembly; to shake hands, say a few words. But he arrived early and left late. He threw himself into classrooms on his tour with the headmaster and just spent time with the kids. He listened to what they had to say, asking them about their projects and own sporting lives. He took over the assembly, answering all the questions posed. Once finished, he stood for hours on the playground, signing anything thrust his way. Photos with mums seemed particularly popular. Greg was wonderfully charismatic: humble yet positive, confident yet affable. And I am reminded of all this when I see him snapping at his critics.

Rutherford has jumped further than anyone else to claim his four gold medals. What else can he possibly do? He hasn’t claimed any world records yet, just the medals. If someone thinks he doesn’t deserve them, perhaps they should start measuring out their run up. Usain Bolt became World Champion on Sunday at 100m. He hasn’t run as well as Justin Gatlin all season and if we are honest, perhaps only an early dip from the American gave him this title. Gatlin is the fastest this year but he’s not the World Champion at Beijing in 2015. Does Bolt not deserve it? Do we question his victory? I’ve looked quite thoroughly but I can’t find anyone saying Usain was lucky. He won. That’s all we seem to care about. And that’s how it should be.

Yes, Rutherford has courted the media for his own benefit. Post the Olympics he was everywhere, using that cheeky grin to great affect. He made hay; the money offered would have been ridiculous to refuse. Prior to the Olympics he was a sporting pauper; you expect him to not help himself with his future in mind? It won him little appreciation in his sport. They wrinkled their collective noses and scoffed that he should be concentrating on his jumping. So he did, fought back from an injury ravaged 2013 and went out and won European and Commonwealth Gold. Still the remarks came; I even heard one pundit remark that the long jump was easier than other events. Eh? Ten events are unquestionably more difficult than seven so, should Jess Ennis-Hill not look Daley Thompson in the eye? The long jump is what Greg does and there is no one better at the moment. Why can’t we just celebrate that?

As much as he wanted it, he can’t have believed how much being the undisputed long jump king would hurt; the injustice of the gibes, thrust from such mouths; the ridiculousness of funding and all of those bizarre decisions that UK Athletics thrust upon him; the senior defender role, devout in the protection of younger, more vulnerable talent. It has probably been harder off the runway than on it. As technically challenging as leaping eight and half metres is, it’s probably a cinch compared to dealing with his social media accounts.

My personal hope is that he can remain as composed and charming as the chap I saw wandering around that school. The man who stood across from me prior to 2012 talked so effortlessly about the sport he loved. The man who wowed audiences with his wit and self deprecating humour was a class act. I hope he doesn’t get dragged down trying to justify himself. He doesn’t need to. Stay classy Greg Rutherford. And just keep on jumping. 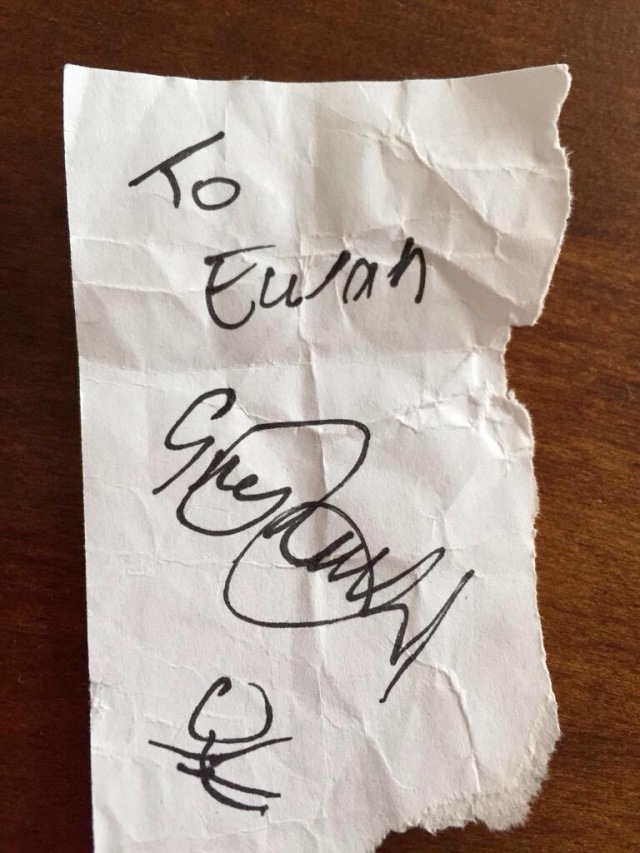 Like Loading...
This entry was posted in athletics, Sport and tagged athletics, beijing 2015, greg rutherford, long jump. Bookmark the permalink.

1 Response to Greg and his Gold Medals