Everybody thinks I am

When I was eighteen, I got an incredible chance to meet one of the finest sportsmen of his generation. The school I went to had parental ties with Gray Nicholls, the cricket equipment company, and (somewhat unbelievably looking back on it now) that link managed to get us, the cricket team, a private half-hour session with Brian Lara. 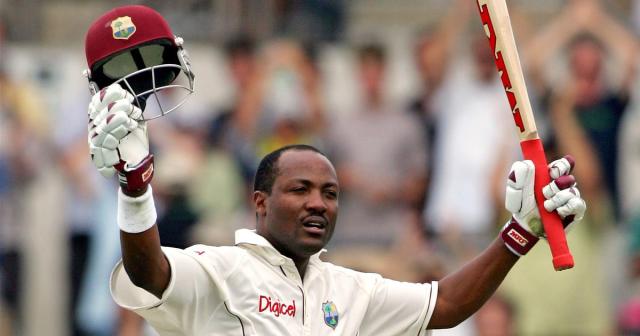 If you are unaware of just how good a batsman the diminutive West Indian was, let me tell you. As he stood in the nets, just 25 yards or so away from us in 1995, he had recorded the highest individual score in first-class cricket (501) for Warwickshire versus Durham the year previous, and at that time had the highest individual score in a test match too: 375 against England, also recorded in 1994. He would lose that title to Mathew Hayden’s 380 in 2003, only to go and reclaim it a season later with an incredible 400 not out.

In the summer of ‘95, Lara was at the peak of his powers. And that day, by means of public display, the school’s bowling machine had been set to full velocity (90mph). It was pinging balls down the track as Lara capered like a jester, flicking cherries from his hip like you or I would despatch unwanted flies from the table. Young though we were, it wasn’t lost on us how good he was. We oohed and aahed as he slashed one towards point and then stood high on his toes to play a backfoot defensive. I remember his soft smile, acknowledging our appreciation, and his famous, loping gait as he walked up the net towards us. He conducted a brief Q&A, leant characteristically on his bat, and one of his answers was arguably the greatest insight into sports psychology I have ever heard.

Lara was asked what it was like being the best batsman in the world. A question aimed, no doubt, at discussing pressure and how he coped with the high levels of expectation, but the reply was utterly enlightening and revealed a sporting nirvana only obtained when you are at the very top of your game. “I am not the best batsman in the world,” he said, and then held a small Trinidadian pause, both for effect and in respect of his natural, island rhythm. It was time enough for all gathered to register the ridiculousness of what he’d said, but not enough time to challenge it. There was no need, he was about to qualify his statement. “I’m not the best batsman in the world,” he repeated, “it’s just everybody thinks I am.”

It is one thing to try and convince yourself you’re the best. Perhaps it can be regarded as sport’s greatest battle. But imagine the leverage you’d get if everyone you played against felt they were inferior. Lara’s expertise had given him such an advantage. His answer not only showed humility but a supreme awareness of where top level sport is often decided. It was a concession that at the highest echelon, where everyone has the talent, it is sometimes the smallest mental accession that can be the difference. 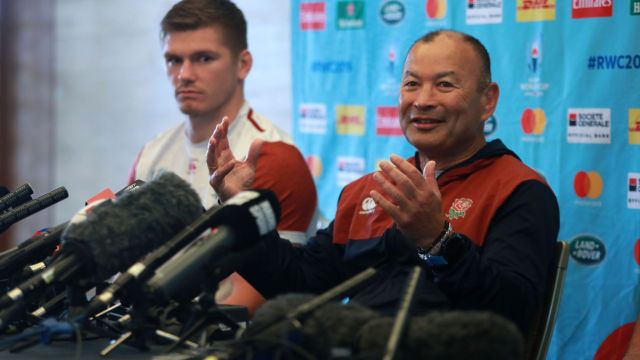 Fast forward to Tokyo and England’s Rugby World Cup semi-final press conference in October 2019. Eddie Jones is up to his old tricks, talking about everyone else to stop anyone focusing on England. The New Zealand press are thrown hand grenades about their professionalism and the All Blacks are simultaneously accused of spying on England and being the ones with everything to lose. It’s tongue in cheek. But then we know that about Eddie. Always running a smokescreen. But one thing is very clear about what England face on Saturday morning and it is the quintessence of that quote from Brian Lara. We are unsure of whether New Zealand will win the World Cup at the moment; South Africa, Wales and Jones’ England can all dethrone them over the next fortnight. But I think we can agree that, at the moment, everyone thinks they can. As well as the skill sets of the individual players, the speed with which they play, the all-court game in which they all seem so well versed, England’s biggest hurdle could well be what Lara eluded to – Eddie’s men have to disbelieve that New Zealand are the best side in the world.

So whilst Eddie’s verbal fun and games are aimed at distraction and taking the pressure off his side, they do, conversely, confirm that England, at least outwardly, head into this game thinking their opposition this Saturday are number one. It will be fascinating to see how they can combat this. Jones’ internal conversations will be vastly different to the press conference waffle he spins out, but England have to find some way, any way, of overturning not just the incomparable physical battle, but also the ultimate mental test.

If they can’t, then New Zealand, like Brian Lara, will probably find themselves not out.

1 Response to Everybody thinks I am