You get what you deserve

You get what you deserve. It is an idiom as true today, as it ever was. Many of us find ourselves knee deep in all sorts of cack from time to time, but as we attempt to extricate ourselves from nasty situations, perhaps the most important question is, what did we do to deserve this? There is always cause and effect. It is difficult to admit, and it involves the mirror rather than the window, but things rarely happen by accident. Could we have done something about it? 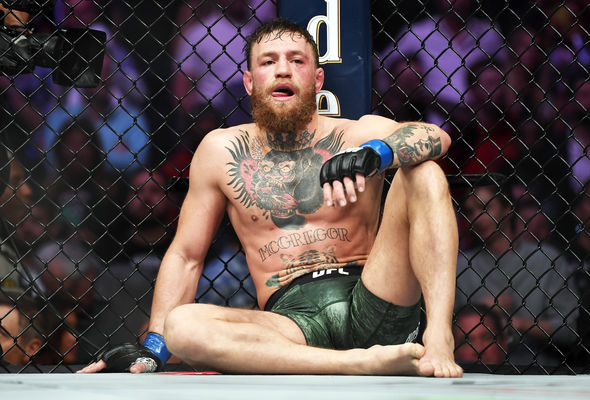 Khabib Nurmagomedov didn’t leap in two footed ‘by accident’. The UFC is reeling from an ugly aftermath in Las Vegas, but once the dust has settled and those lying prone have come round, they will see that this is a self sustained injury. One created by allowing cheap talk to come from a very well paid mouth. Khabib is right, in a way. His reaction was physical, but no less offensive than the verbal offering that preceded it. If we allow one, why do we scorn the other. ‘He should have allowed his victory to do the talking’ is the subsequent advice to the Russian. Should we not say the same to McGregor? He was classless pre-fight; spewing invective and senseless superlative like an inebriate staggering homeward, swearing at street lamps. McGregor could have ‘trashed talked’ in a more inventive, less cruder way, but he didn’t. If Dana White is genuinely unsettled by what happened, he needs to understand that in sport, as in life, you get what you deserve. If the UFC don’t want street thuggery, then the supposed code of conduct has to stretch both ways: both pre and post match.

And as if to prove my point. Rugby served up a positive reminder that, should you act in a certain way, good things will happen. The USA tuned in ‘free to air’ to watch Saracens take on Harlequins at the Twickenham Stoop on Saturday night and in reaching for the line, the large hands of Billy Vunipola spilled the ball forward. Unsure of what had happened, referee Luke Pearce, as is his right, asked the Television Match Official to have a look. ‘No need’ proffered big Billy, ‘I dropped it.’ Pearce nodded his gratitude, somewhat taken aback that his adjudication should not be needed. Relieved maybe. Referees, despite what you think, don’t actually like making decisions. It was a rare moment of sporting honesty. Rare and uncomfortable for some. Lawrence Dallaglio on commentary avoided saying he approved. Perhaps he didn’t, like walking after the faintest of clips through to the ‘keeper, why give away a potentially advantageous situation?

But like I say, you get what you deserve. It was the right thing to do. In front of an American audience currently enduring a presidency pot-marked with falsehoods and deception, Vunipola told the truth. His reward: to be on the end of a masterful and sweeping move, a try in the dying moments of a game that saw Saracens claim a memorable and hard fought win. Harlequins were admirably honest in their defence too, and that will have done them the world of good. And after a patchy start to the tenure of Paul Gustard, their excellent away win at Gloucester, coupled with this gutsy performance against arguably the best club side in the Northern Hemisphere, will give them a mandate from which to work. It’ll be tough, but worth it. And if they can, they, like countless others, will get what they deserve.

1 Response to You get what you deserve