The Team That Eddie Forgot

Lions and England squad selections for this summer are spoken. The dust has settled. There have been some notable and pleasing inclusions. And yet for every Kyle Sinckler, there is a sinkhole; an equal and opposite reaction to being selected. Where do all those included, leave those unaccounted for. Jones takes a squad to play the Pumas which, we are told, is all about the future. But there are many good, excluded English players who feel they still have a future with England. The recurring and unequivocal question asks, what now? 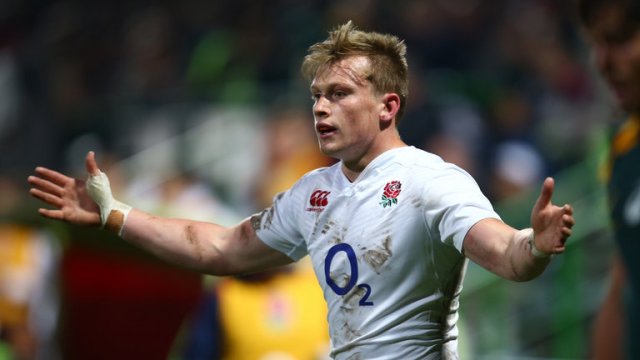 Let’s start in the back three; a position in which a glut of talent exists. Jones take the likes of London Irish’s Joe Cokanasiga and Saracens’ Nathan Earle to South America, both extremely talented, but for the Saxons last summer Cokanasiga’s club colleague Alex Lewington and Sale’s Mike Haley featured well. So is that them done? I’m pretty sure that they, like most others mentioned in this article, would have seen this summer as another chance to impress. And what of Alex Goode? He might have eyed up this tour as a time to reposition his case. Will he get another chance to impress Jones? Maybe not. Many would have delighted in seeing Denny Solomona’s name on the squad sheet, but what of Semesa Rokoduguni or Marland Yarde? Christian Wade? Really? The man who scored more tries than anyone else this season in the Premiership is done and dusted with England? You could make an argument for Wade’s Wasps ally Josh Bassett being on the plane. What a season he has had, surrounded by all those Coventry galacticos. If Bassett isn’t a bit of England’s future, then who is?

In the centre, it doesn’t get any clearer. There is the Manu Tuilagi topic of conversation. Perhaps for another time. But also Luther Burrell. What does British and Irish Lion Ben Te’o do differently to Burrell? And Ollie Devoto and Sam Hill down in Devon? They were both accomplished Saxons last summer in South Africa: surplus to requirements? And the player of that tour, for me, was Nick Tompkins. A young man whom, when called into action by the indomitable Saracens this season, has been nothing short of excellent. Don’t get me wrong, I am a big fan of Joe Marchant and Sam James. But that doesn’t mean I can’t feel aggrieved on behalf of someone like Tompkins. At 22 years-old, I’d say he’d be nigh on perfect for 2019.

At 10, the inclusion of Piers Francis on EJ’s roster needed a subtitle. For all those pedants, subscribing to the self imposed ‘thou shalt not pick from outside the Prem’, Francis will still, technically, be an Auckland Blue if and when he plays in the summer. Indeed, his inclusion prevents him from becoming a rare gem stone – an Englishman who has played for a foreign based team against the Lions. It also puts the final nail in Danny Cipriani’s coffin. He who was always the other player in the room when EJ talked fly halves. A prodigious talent and, although misfiring for Wasps this term, he coulda woulda shoulda for England.

Staying with Wasps (and they can rightly feel most wronged by what has happened of late), Dan Robson and Joe Simpson have been passed over. How? There are only two tests in Argentina, and you’d suspect Quins’ Danny Care to start both of them, but the Wasps’ nines will have hoped to pack a bag; Exeter’s young and impish Jack Maunder has his rucksack. And whither Ben Spencer? Whenever I see him play for Sarries, I am impressed. He seems to have been around a lot longer but Spencer is still only 24.

In the pack, it gets murkier still. Front row professionals like Kieran Brookes (Saints) and Jake Cooper Woolley (Wasps) have seemingly been cast aside, whilst someone like the 24 year-old Ross Harrison (Sale’s players’ player of the season and selected for the Saxons last summer) also drops from Eddie’s list. Worcester’s Val Rapava Ruskin may have figured but for his push on referee Greg Garner, we will never know. And the Chiefs’ joy for Harry Williams will have been tempered by questions over whether Alec Hepburn would have been there or thereabouts – out for most of the season with injury but such a breath of fresh air last summer; I do hope he can find a way back in. And at hooker, another stinger for the Ricoh Arena, Tommy Taylor seems to have been leapfrogged by another Chief, who himself has struggled with injury this year: Luke Cowan Dickie. I would have placed a fair amount of money on Taylor going to Argentina – what did he do wrong?

In the second row, Bath’s Dave Attwood seems to have had the door closed on him. Whilst his young team mate Charlie Ewels has it left open despite being currently injured. I’d love to have seen Dom Barrow given a go. I think he’s been wonderful for Leicester this term. Meanwhile, Nick Isiekwe, who has played most of his rugby this season in National One for Ampthill, has been handed a golden ticket. With Itoje, Kruis and Lawes on the Lions tour and Joe Launchbury surely the next cab off the rank, perhaps in this position, England can afford to speculate.

And the back row? The clamour from the North East behind Mark Wilson is thunderous; no one has worked more tirelessly for an England spot this year than the Falcon. And yet, nada. And what of Leicester’s Mike Williams, he was the man wasn’t he? Exeter pair Don Armand and Dave Ewers? Both in good form at the moment. How does judo ruined Sam Jones figure and what about fellow Wasp Guy Thompson? Does Matt Kvesic (remember him?) ever get mentioned as a possibility again? Does Sam Underhill (Bath next year) and the prodigious Curry Twins (Sale) now see themselves as better England options than the above? How does Jack Clifford figure once he returns from injury? And at 8, staying with Harlequins, is Saxon James Chisholm bypassed and in the rear view mirror? Has the Teimana Harrison (Saints) project been concluded? James Haskell has not refound the form of Australia by any stretch this season, and yet it is he, at 32 years and 75 caps, who gets another go this June.

This piece is full of questions. I’m sorry about that. In a way, it is a good thing. The surfeit of rugby talent that England possesses is wildly impressive. But it does create more questions than answers. But (and here comes another question) has Eddie Jones played this one correctly? Has this selection caused confusion? No player expects to be picked, but they hope that if they are doing the right thing, week in, week out, that their efforts go rewarded. What message does this send out? Do some of the players know where they are in the pecking order? What they need to do to get better? Does it matter? Maybe players will play as well as they can, regardless. Will a lack of clarity or meritocracy make a difference? Or have some players, players good enough to be of real value when the much talked about tournament in 2019 comes around, missed an opportunity or experience?

Jones’ tenure has more than enough credit in it to suggest that his decision is the not the wrong one. It will be fascinating to see how it plays out.

3 Responses to The Team That Eddie Forgot